based in Switzerland as a flexible entreprise and are happy and comfortable to work around the globe. Our speciality is the conservation of architectural surfaces, including decorated surfaces such as wall paintings and mosaics.

Through the application of our skills in documentation, material research, and the planning and execution of interventions, we aspire to enhance the enjoyment of built heritage.

We provide our services to you in Italian, English, French and German,

Please learn more about our services and get a complete overview of our portfolio. 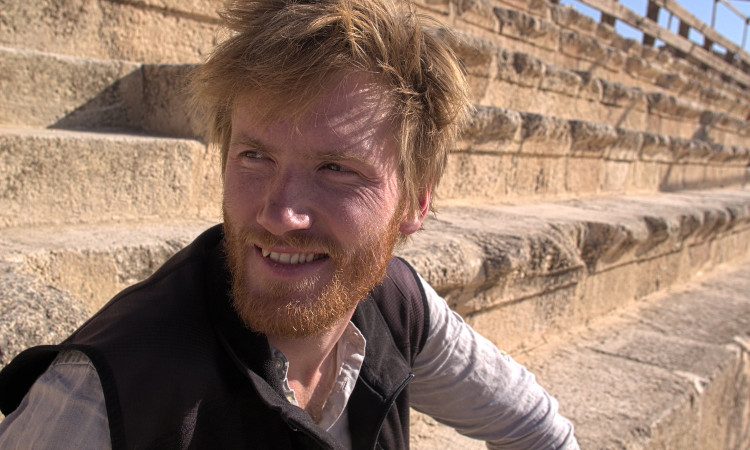 Anjo entered into the world of mosaic conservation during an internship at the Getty Conservation Institute, where he investigated alternative backing materials as part of MOSAIKON. Since then he has continued working with mosaics in terms of documentation, maintenance, and intervention planning in north Africa, the Levant, as well as in central Europe.

As a fellow at ICCROM in 2014, he studied the influence of environmental conditions on in-situ methods measuring liquid water absorption. From that year onward, Anjo has also been teaching a course at SUPSI dealing with the reduction of hygroscopic salts in porous building materials.

During the last years, Anjo has accumulated vast experience with documentation techniques such as digital photogrammetry and geographic information systems. His goal is to apply documentation strategies based on open-source tools, so that money is not invested in licenses but into adaptation and training.

Where we have been active